This has been on my list of topics to add to the blog for a long while, and I’ve finally decided to do something about it. In today’s world we don’t pay enough attention to those creative souls before us, or at least those outside of Salvador Dali and Frida Kahlo (obviously well-deserving, and absolutely inspiring though).

For years I have cherished my mini version of The Fashion Book, awaiting it’s big momma to hit my bookshelf. I’ve been introduced to so many designers, photographers and influencers who I otherwise would not know existed. It’s time to celebrate them, and take some inspiration from the old times.

Emanuel Ungaro was my recent find – a French designer who championed florals and delicacy in women’s fashion from the 60’s onwards. The label still exists, and I’m ashamed to say I didn’t even realise until I googled his name. There are so many cultured houses like this which miss the mainstream media and leave us in the dark until chance falls upon us.

Interestingly, Lindsay Lohan acted as the artistic director at one stage – a strange turn for a French label, and a wonder that it didn’t reach the gossip mags. Of course everything was bubblegum pink and party-fied, basically Mean Girls interpreted for the catwalk, where there are at least two Wednesdays in a week. And of course that partnership only lasted one collection.

The prime was the 60’s – 80’s in my eyes, with Emanuel at the reign, but there have been notable, highly successful designers since including Giambattista Valli, Esteban Cortazar and Giles Deacon (who still heads up the label). I just can’t get enough of that laced, floral goodness and monochrome shift-wear bursting from the past. 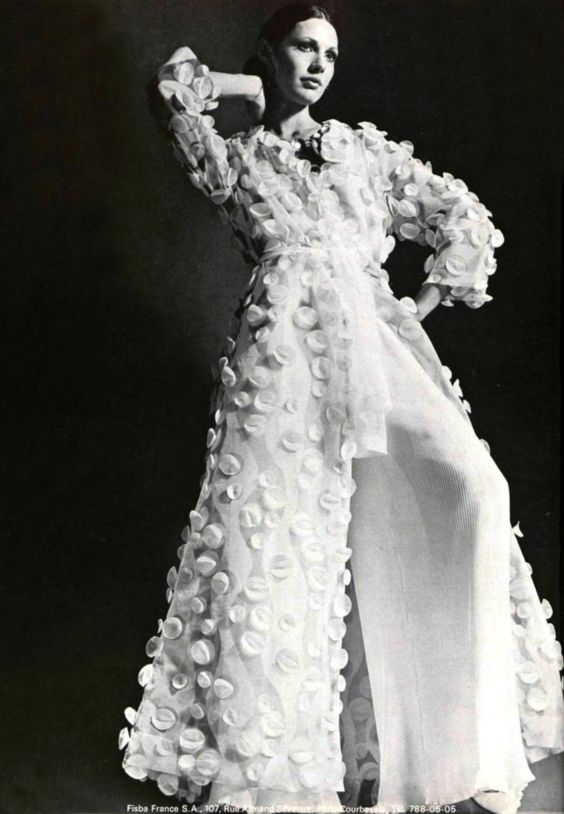